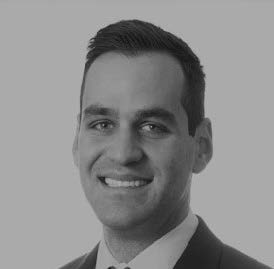 To make its SMSF administration more efficient, HLB Mann Judd Wollongong moved to Class Super cloud software. It has since added 150 funds to its platform without increasing its headcount.

HLB Mann Judd Wollongong is one of the 12 member firms and representative offices under the HLB Mann Judd brand. Established in 1993, the firm provides audit and assurance, tax consulting, advisory, wealth management and superannuation services.

With the desktop software, SMSF specialists had to wait for clients to drop off or send their records once a year, then rush to complete the annual returns before the lodgement dates. They also had to spend a significant amount of time doing manual work, including setting up accounts and entering data.

One of the first issues the SMSF team discussed when Boris Surla, Manager of Superannuation at HLB Mann Judd Wollongong, joined the firm was moving to the cloud to become more efficient. Boris was part of his previous company’s transition from desktop software to Class Super. With this experience, he advised the SMSF team on its options.

“We looked at one of Class’s competitors and ran a trial, but we weren’t impressed with it at all. We weighed our options and moved all our funds to Class Super,” says Boris.

Now in its third year on Class Super, the SMSF team is reaping the full benefits of the software. “With Class, 80% of our job is already done,” Boris adds.

Moving to Class Super has greatly reduced the amount of basic data entry and other administrative work that HLB Mann Judd Wollongong needs to do to manage its clients’ SMSFs. The firm’s specialists can instead focus on delivering greater value to clients, such as implementing strategies for the funds.

Since moving to Class three years ago, the firm has added around150 funds to its business without increasing the headcount of its SMSF team. Boris estimates that the team is able to complete work 40% faster.

Class Super’s ease of use has also made it easy for the firm to get new employees up to speed. “We’ve hired people who have no prior experience in using the software. They’ve transitioned easily – something that was a big hurdle in our previous system,” Boris says.

With real-time data feeds, Class Super gives the firm instant access to clients’ up-to-date market and banking information. This has made it much faster to answer queries and update clients on their contributions or pensions.

“Previously, we had to ask them to send various documents. It was a two-week process to answer a simple question. Now, in a phone call, I can give clients what they want straight away,” says Boris.

Class has also helped HLB Mann Judd Wollongong comply with the super-related regulatory changes that are taking effect in 2018. The firm understood the new measures, including the downsizer super contribution law and age pension changes, but was uncertain about how to best implement them for the funds. Class suggested a solution that was easy to use and did not disrupt the team’s workflow. “They gave us two easy steps and that got rid of a massive headache for us,” says Boris.

Class Super has worked so well for the SMSF practice that HLB Mann Judd Wollongong has also begun using Class Portfolio to manage the portfolios of some of its large financial planning customers. The firm expects to halve the time it spends administering these portfolios.

With a whole-of-wealth view, the Class consolidated portfolios solution has enabled the firm’s wealth management advisers to keep track of clients’ super and other investments held in trusts, companies or individual accounts. Clients are also able to see their overall wealth through the Class client view.

“Now we’re able to give the same level of visibility to clients as our advisers have and it’s completely transparent,” says Boris. “They can log in and see every single investment and all their banking accounts and check where their money is going.”