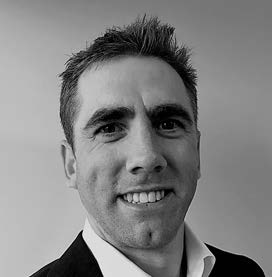 After working in self managed super fund (SMSF) administration for seven years, Graham Wilkes decided to set up his own practice and established GMW Chartered Accountants. He used a desktop administration platform when he started his practice in 2014, but the software didn’t have the features he needed to run his business efficiently.

“It didn’t have a lot of the features of Class Super in terms of direct data feeds and process automation,” says Graham, who had used Class Super in his previous job and was familiar with its features. Once the number of SMSFs under administration had grown to a reasonable number, he moved to Class Super.

“I chose Class when I decided to switch because after using the software in my previous job, I knew it was the best solution available to make the SMSF administration process efficient.”

Graham moved his funds from the previous platform to Class Super in October 2017. He did so without any issues or assistance, thanks to Class’s straightforward transition processes.

Class Super’s ability to deliver daily data feeds directly from banks and brokers has relieved Graham of the need to enter data manually, significantly reducing administration time. The automated processing of corporate actions relating to client investments has also made administration work so much faster and easier for him.

Having clients’ financial data uploaded automatically means the amount of information clients need to provide each year is reduced. “You can just log in to the software and the information is all there for you,” says Graham. “It just makes the whole administration process a lot more efficient.”

Access to up-to-date information with the click of a button has also enabled him to promptly address clients’ issues and respond to their queries. This is something his clients appreciate.

“It’s helping me to become more proactive when it comes to advising clients as I’m able to log straight into the software and access real time information,” says Graham.

Using Class Super has allowed Graham to focus more on growing his business, helping him free up time to advertise and market his services and meet with potential clients.

“The use of Class has been really good because being a sole trader, I’m always looking for ways to make things more efficient to free up time,” he says. “With Class Super, the administration process is far more efficient, which then provides more time to focus on other areas of the business.”

Even as he works on expanding his business, Graham doesn’t see a need to hire a staff member any time soon. He administers over 20 funds by himself and believes the efficiencies of using Class Super will allow him to manage a much bigger pool of funds on his own.

“Now that I have more time available through the use of Class Super, I can utilise that to focus on building the business,” he says.